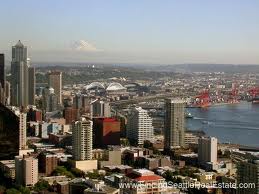 There was quite a bit of good news for Seattle real estate in November. The real estate market continues its robust recovery pacing well ahead of national numbers at the moment. All levels of real estate as tracked by Case-Schiller showed real improvement in sales and prices overall.

However, year over year returns of high priced real estate still proves to be the big winner as they have shown an overall improvement of 5.5%. The medium tier also has been in a strong recovery year over year with an improvement of 5.0%. The lower tier of home prices have shown the least improvement thus far making low priced home an interesting investment for savvy investors looking to flip real estate in the next five to seven years as the overall US and World economy improves. It’s still unlikely that we’ll see the same sort of highs we saw in 2005 with home prices for another few years, so investing now, especially with the recovery gaining legs is being seen as a smart place to put money you don’t need to access quickly.

There’s more good news from Case-Schiller about Seattle real estate. Year over year estimates show that Seattle is leading the charge of recovering home prices in the US. Compared to cities like San Francisco, Portland, San Diego, and Las Vegas, Seattle is outpacing all other markets. The interesting takeaway is how quickly Las Vegas seems to be recovering as well. However, with the glut of inventory available (unfinished apartment buildings and foreclosure notices still dot the glittering landscape of Las Vegas), Seattle still proves to be the real estate market to watch over the next few years.

The other piece of information we learned about Seattle real estate in November is that bank owned sales are now at their lowest since the housing crisis began in 2007. Unfortunately for investors, this means the available inventory of deals is now going to be rarer and rarer, especially at homes that are priced higher than $350,000. However, short sales are still a fairly large part of the equation in the real estate market in Seattle for now, so that means there still some deals out there, you’ll just have to put a little more legwork into finding them.

The Seattle economy overall continued to improve as well, making it a likely target for young professionals who have just graduated and are looking for places to use their skills. In a technocratic environment like Seattle, there will be more and more people looking for housing over the next few years as the Seattle unemployment numbers continue to drop. For all the rain we seem to get in Seattle, the clouds of recession and bad economies seem to be fading away for many in the city. The Seattle economy still has some hurdles to overcome, such as what Washington D.C. will do with the upcoming fiscal cliff negotiations, or whatever may end up happening with European economy, but, overall, there are too many signs of improvement to ignore that things are getting much better in the Seattle area. Even as the unemployment numbers inched up nationally, they fell in Seattle, with the October unemployment numbers coming in at 7.3%

The last thing to mention in the monthly column is the building boom that’s currently happening right now in Ballard. According to recent reports, developers are building several large apartment complexes that are estimated to increase rental inventory by nearly 70% by 2014. Sources also indicate that there are also an additional 750 units that could be added to the complexes by 2015 as well. With all this rental inventory scheduled to come online, renters should see a stabilization in the price of rent, and could even see the beginning of “freebies” coming back such as free months or reduced rent in exchange for a long term contract. This will help be a stark contrast to the high prices we’ve seen over the last few years. With many people unable to pay their mortgage and needing a place to stay, the demand for rentals went up quite a bit over the last few years. With the new inventory, renters should be able to see a bit of relief.

The Seattle market this month has continued to prove that it’s time to once again become bullish on Seattle real estate. The underlying numbers are all there, and Congress has shown a willingness to begin negotiating with the second term President. With an eye on the future (five to ten years), an investor can make a lot of money with Seattle real estate. Rent continues to be high enough so that with good loan terms, you could even turn a profit on renting out homes you’ve purchased at a short sale, or bank-owned foreclosure. Keep this in mind as we head into the holidays and look for some deals in your neighborhood that you think might be worth an investment. There will be lots of opportunity over the next few years, and as they say, you want to get in while the getting’s good.

Seattle's top real estate deals in your inbox We find them, we analyze them, you buy them... you … END_OF_DOCUMENT_TOKEN_TO_BE_REPLACED

We Will Buy Your House with CASH, FAST! If you are looking to sell your house quickly or if you … END_OF_DOCUMENT_TOKEN_TO_BE_REPLACED